Sports CS appoints a 12-member transition committee to oversee football issues in the country for the next five weeks The committee takes over from the caretaker committee whose six-month term ended this week. The composition of both committees however remains the same Kenya is now officially out of the race to qualify for the Africa Cup of Nations as FIFA won’t approve the new team in office Sports Cabinet secretary Amina Mohamed has unveiled a transition committee that will be in charge of football affairs in the country. The transition committee takes over from the caretaker committee whose mandate came to an end on Tuesday.
The newly-appointed committee will be in charge for the next five weeks. There are no wholesome changes to the composition of the committee with retired judge Aaron Ringera still the chairperson. He will be deputized by Maurice Oyugi.
The other members of the team include John Bobby Ogolla, Ali Amour, Neddy Atieno, Ceasar Handa, Hassan Hajji, J.J Masiga, Michael Muchemi, Racheal Kamweru, Antony Isayi and Mwangi Muthee.
The committee’s objectives will be to conduct the affairs of the Football Kenya Federation in accordance with the Constitution and the Sports Act of 2013. It is also supposed to facilitate the validation of the new constitution of the Football Kenya Federation. The team will also oversee the running of the Kenyan League which is entering its final weeks.
Only six of the members of the initial committee have been excluded from the new team. They include Fatma Adan, Philip Mue, Elisha Chepcheng, Fredrick Lekesike, Titus Kasuve and Richard Omwela.
Media personality Lindah Oguttu retains her role as the head of the secretariat. Other members include Lorine Nerea, Edward Rombo, Robin Toskin, Rashid Shedu and Maxwell Wasike.
The government’s decision subsequently means that Kenya’s Harambee Stars can no longer participate in the Africa Cup of Nations qualifiers. FIFA can only recognize a normalization committee that is appointed by FIFA itself and the government.
Harambee Stars were meant to face Cameroon, Namibia and Burundi in the group matches for a chance to qualify for next year’s AFCON that will be hosted in Ivory Coast.
The caretaker committee gave its recommendations Sports Brief had earlier reported that Amina had received the recommendations of the caretaker committee on Tuesday.
Led by Justice Ringera, the committee recommended that a new constitution needs to be put in place. The constitution should be in line with the Sports Act and the Kenyan constitution. 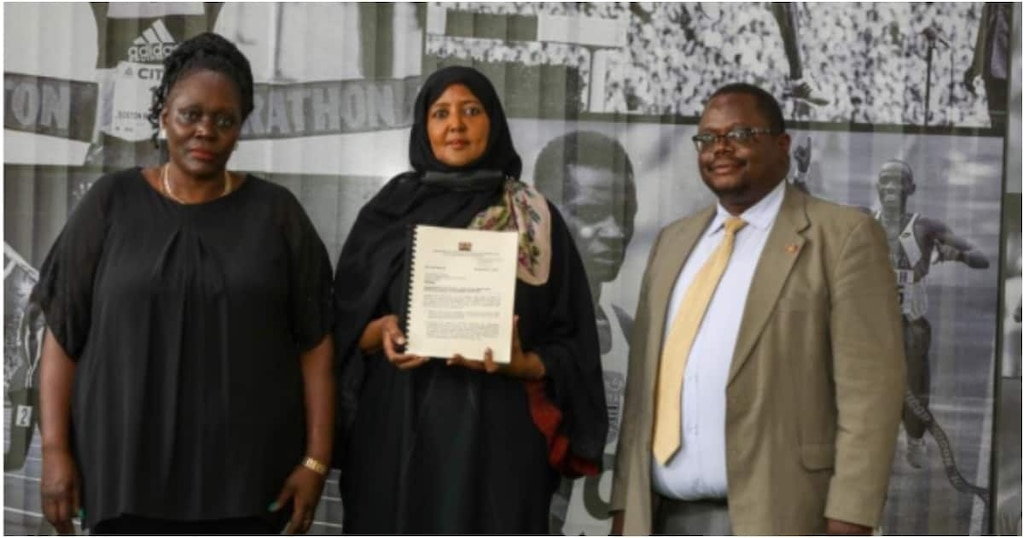 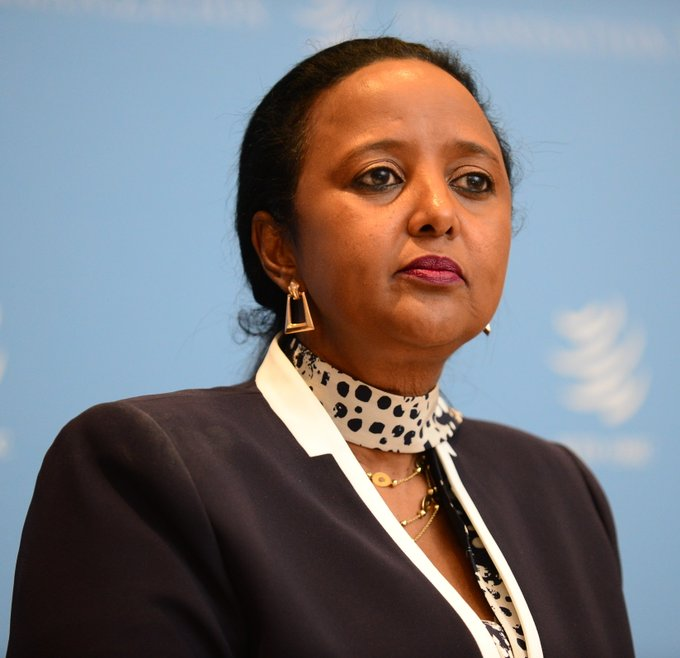 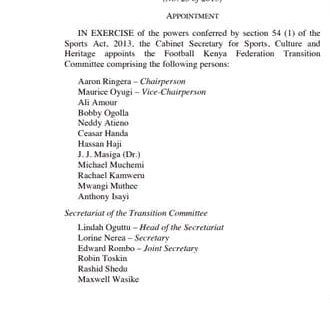